Formaldehyde Hearing: How to Tell the Truth With Statistically Insignificant Results

One of the first examples I came across of problems in construing statistically insignificant (or “negative”) results was a House Science and Technology investigation of an EPA ruling on formaldehyde in the 1980’s. Investigators of the EPA (led by Senator Al Gore!) used rather straightforward, day-to-day reasoning: No evidence of risk is not evidence of no risk. Given the growing interest in science and values both in philosophy and in science and technology studies, I made the “principle” explicit. I thought it was pretty obvious, aside from my Popperian leanings. I’m surprised it’s still an issue. 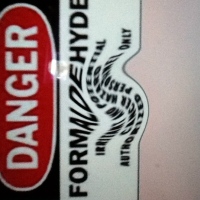 The case involved the Occupational Safety and Health Administration (OSHA), and possible risks of formaldehyde in the workplace. In 1982, the new EPA assistant administrator, who had come in with Ronald Reagan, “reassessed” the data from the previous administration and, reversing an earlier ruling, announced: “There does not appear to be any relationship, based on the existing data base on humans, between exposure [to formaldehyde] and cancer” (Hearing p. 260). END_OF_DOCUMENT_TOKEN_TO_BE_REPLACED