Your (very own) personalized genomic prediction varies depending on who else was around?

My student Prasad Patil has a really nice paper that just came out in Bioinformatics (preprint in case paywalled). The paper is about a surprisingly tricky normalization issue with genomic signatures. Genomic signatures are basically statistical/machine learning functions applied to the measurements for a set of genes to predict how long patients will survive, or how they will respond to therapy. The issue is that usually when building and applying these signatures, people normalize across samples in the training and testing set.

Here’s an extract from the paper,”Test set bias affects reproducibility of gene signatures“:

Test set bias is a failure of reproducibility of a genomic signature. In other words, the same patient, with the same data and classification algorithm, may be assigned to different clinical groups. A similar failing resulted in the cancellation of clinical trials that used an irreproducible genomic signature to make chemotherapy decisions (Letter (2011)).

This is a reference to the Anil Potti case:

But far from the Potti case being some particularly problematic example (see here and here), at least with respect to test set bias, this article makes it appear that test set bias is a threat to be expected much more generally. Going back to the abstract of the paper: END_OF_DOCUMENT_TOKEN_TO_BE_REPLACED

MONTHLY MEMORY LANE: 3 years ago: March 2012. I mark in red three posts that seem most apt for general background on key issues in this blog. (Posts that are part of a “unit” or a group of “U-Phils” count as one.) This new feature, appearing the last week of each month, began at the blog’s 3-year anniversary in Sept, 2014.

Since the 3/14 and 3/18 posts on objectivity (part of a 5-part unit on objectivity) were recently reblogged, they are marked in burgundy, not bright red. The 3/18 comment on Barnard and Copas includes two items: A paper by Bernard and Copas, which happens to cite Stephen Senn twice, and a note by Aris Spanos pertaining to that paper.

Objectivity in Statistics: “Arguments From Discretion and 3 Reactions”

We constantly hear that procedures of inference are inescapably subjective because of the latitude of human judgment as it bears on the collection, modeling, and interpretation of data. But this is seriously equivocal: Being the product of a human subject is hardly the same as being subjective, at least not in the sense we are speaking of—that is, as a threat to objective knowledge. Are all these arguments about the allegedly inevitable subjectivity of statistical methodology rooted in equivocations? I argue that they are! [This post combines this one and this one, as part of our monthly “3 years ago” memory lane.]

Insofar as humans conduct science and draw inferences, it is obvious that human judgments and human measurements are involved. True enough, but too trivial an observation to help us distinguish among the different ways judgments should enter, and how, nevertheless, to avoid introducing bias and unwarranted inferences. The issue is not that a human is doing the measuring, but whether we can reliably use the thing being measured to find out about the world.

Remember the dirty-hands argument? In the early days of this blog (e.g., October 13, 16), I deliberately took up this argument as it arises in evidence-based policy because it offered a certain clarity that I knew we would need to come back to in considering general “arguments from discretion”. To abbreviate:

We can spot the fallacy in the argument much as we did in the dirty hands argument about evidence-based policy. It is true, for example, that by employing a very insensitive test for detecting a positive discrepancy d’ from a 0 null, that the test has low probability of finding statistical significance even if a discrepancy as large as d’ exists. But that doesn’t prevent us from determining, objectively, that an insignificant difference from that test fails to warrant inferring evidence of a discrepancy less than d’.

Test specifications may well be a matter of  personal interest and bias, but, given the choices made, whether or not an inference is warranted is not a matter of personal interest and bias. Setting up a test with low power against d’ might be a product of your desire not to find an effect for economic reasons, of insufficient funds to collect a larger sample, or of the inadvertent choice of a bureaucrat. Or ethical concerns may have entered. But none of this precludes our critical evaluation of what the resulting data do and do not indicate (about the question of interest). The critical task need not itself be a matter of economics, ethics, or what have you. Critical scrutiny of evidence reflects an interest all right—an interest in not being misled, an interest in finding out what the case is, and others of an epistemic nature. END_OF_DOCUMENT_TOKEN_TO_BE_REPLACED 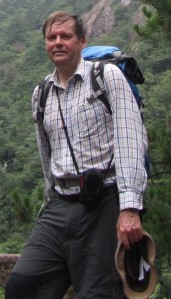 This is the way the story is now often told. RA Fisher is the villain. Scientists were virtuously treading the Bayesian path, when along came Fisher and gave them P-values, which they gladly accepted, because they could get ‘significance’ so much more easily. Nearly a century of corrupt science followed but now there are signs that there is a willingness to return to the path of virtue and having abandoned this horrible Fisherian complication:

A condition of complete simplicity..

“There is an element of truth in the conclusion of a perspicacious journalist:

‘The plain fact is that 70 years ago Ronald Fisher gave scientists a mathematical machine for turning baloney into breakthroughs, and flukes into funding. It is time to pull the plug. ‘

However, this is not a plain fact but just plain wrong. Even if P-values were the guilty ‘mathematical machine’ they are portrayed to be, it is not RA Fisher’s fault. Putting the historical record right helps one to understand the issues better. As I shall argue, at the heart of this is not a disagreement between Bayesian and frequentist approaches but between two Bayesian approaches: it is a conflict to do with the choice of prior distributions[2].

All She Wrote (so far): Error Statistics Philosophy: 3.5 years on

END_OF_DOCUMENT_TOKEN_TO_BE_REPLACED

A puzzle about the latest test ban (or ‘don’t ask, don’t tell’) 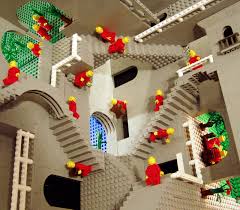 A large number of people have sent me articles on the “test ban” of statistical hypotheses tests and confidence intervals at a journal called Basic and Applied Social Psychology (BASP)[i]. Enough. One person suggested that since it came so close to my recent satirical Task force post, that I either had advance knowledge or some kind of ESP. Oh please, no ESP required.None of this is the slightest bit surprising, and I’ve seen it before; I simply didn’t find it worth blogging about. Statistical tests are being banned, say the editors, because they purport to give probabilities of null hypotheses (really?) and do not, hence they are “invalid”.[ii] (Confidence intervals are thrown in the waste bin as well—also claimed “invalid”).“The state of the art remains uncertain” regarding inferential statistical procedures, say the editors.  I don’t know, maybe some good will come of all this.

Yet there’s a part of their proposal that brings up some interesting logical puzzles, and logical puzzles are my thing. In fact, I think there is a mistake the editors should remedy, lest authors be led into disingenuous stances, and strange tangles ensue. I refer to their rule that authors be allowed to submit papers whose conclusions are based on allegedly invalid methods so long as, once accepted, they remove any vestiges of them!

“Question 1. Will manuscripts with p-values be desk rejected automatically?

Answer to Question 1. No. If manuscripts pass the preliminary inspection, they will be sent out for review. But prior to publication, authors will have to remove all vestiges of the NHSTP (p-values, t-values, F-values, statements about “significant” differences or lack thereof, and so on).”

Now if these measures are alleged to be irrelevant and invalid instruments for statistical inference, then why should they be included in the peer review process at all? Will reviewers be told to ignore them? That would only seem fair: papers should not be judged by criteria alleged to be invalid, but how will reviewers blind themselves to them? It would seem the measures should be excluded from the get-go. If they are included in the review, why shouldn’t the readers see what the reviewers saw when they recommended acceptance?

But here’s where the puzzle really sets in. If the authors must free their final papers from such encumbrances as sampling distributions and error probabilities, what will be the basis presented for their conclusions in the published paper? Presumably, from the notice, they are allowed only mere descriptive statistics or non-objective Bayesian reports (added: actually can’t tell which kind of Bayesianism they allow, given the Fisher reference which doesn’t fit*). Won’t this be tantamount to requiring authors support their research in a way that is either (actually) invalid, or has little to do with the error statistical properties that were actually reported and on which the acceptance was based?[ii] END_OF_DOCUMENT_TOKEN_TO_BE_REPLACED

“Probabilism as an Obstacle to Statistical Fraud-Busting”

“Is the Philosophy of Probabilism an Obstacle to Statistical Fraud Busting?” was my presentation at the 2014 Boston Colloquium for the Philosophy of Science):“Revisiting the Foundations of Statistics in the Era of Big Data: Scaling Up to Meet the Challenge.”

As often happens, I never put these slides into a stand alone paper. But I have incorporated them into my book (in progress*), “How to Tell What’s True About Statistical Inference”. Background and slides were posted last year.

Cosponsored by the Department of Mathematics & Statistics at Boston University.