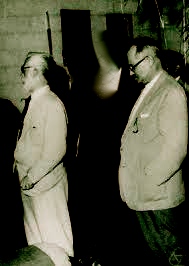 This continues my previous post: “Can’t take the fiducial out of Fisher…” in recognition of Fisher’s birthday, February 17. These 2 posts reflect my working out of these ideas in writing Section 5.8 of Statistical Inference as Severe Testing: How to Get Beyond the Statistics Wars (SIST, CUP 2018). Here’s all of Section 5.8 (“Neyman’s Performance and Fisher’s Fiducial Probability”) for your Saturday night reading.*

Move up 20 years to the famous 1955/56 exchange between Fisher and Neyman. Fisher clearly connects Neyman’s adoption of a behavioristic-performance formulation to his denying the soundness of fiducial inference. When “Neyman denies the existence of inductive reasoning, he is merely expressing a verbal preference. For him ‘reasoning’ means what ‘deductive reasoning’ means to others.” (Fisher 1955, p. 74). END_OF_DOCUMENT_TOKEN_TO_BE_REPLACED

Continuing with posts in recognition of R.A. Fisher’s birthday, I post one from a few years ago on a topic that had previously not been discussed on this blog: Fisher’s fiducial probability.

[Neyman and Pearson] “began an influential collaboration initially designed primarily, it would seem to clarify Fisher’s writing. This led to their theory of testing hypotheses and to Neyman’s development of confidence intervals, aiming to clarify Fisher’s idea of fiducial intervals (D.R.Cox, 2006, p. 195).

The entire episode of fiducial probability is fraught with minefields. Many say it was Fisher’s biggest blunder; others suggest it still hasn’t been understood. The majority of discussions omit the side trip to the Fiducial Forest altogether, finding the surrounding brambles too thorny to penetrate. Besides, a fascinating narrative about the Fisher-Neyman-Pearson divide has managed to bloom and grow while steering clear of fiducial probability–never mind that it remained a centerpiece of Fisher’s statistical philosophy. I now think that this is a mistake. It was thought, following Lehmann (1993) and others, that we could take the fiducial out of Fisher and still understand the core of the Neyman-Pearson vs Fisher (or Neyman vs Fisher) disagreements. We can’t. Quite aside from the intrinsic interest in correcting the “he said/he said” of these statisticians, the issue is intimately bound up with the current (flawed) consensus view of frequentist error statistics. END_OF_DOCUMENT_TOKEN_TO_BE_REPLACED

In recognition of R.A. Fisher’s birthday on February 17…a week of Fisher posts!

‘R. A. Fisher: How an Outsider Revolutionized Statistics’

Few statisticians will dispute that R. A. Fisher (February 17, 1890 – July 29, 1962) is the father of modern statistics; see Savage (1976), Rao (1992). Inspired by William Gosset’s (1908) paper on the Student’s t finite sampling distribution, he recast statistics into the modern model-based induction in a series of papers in the early 1920s. He put forward a theory of optimal estimation based on the method of maximum likelihood that has changed only marginally over the last century. His significance testing, spearheaded by the p-value, provided the basis for the Neyman-Pearson theory of optimal testing in the early 1930s. According to Hald (1998)

“Fisher was a genius who almost single-handedly created the foundations for modern statistical science, without detailed study of his predecessors. When young he was ignorant not only of the Continental contributions but even of contemporary publications in English.” (p. 738)

What is not so well known is that Fisher was the ultimate outsider when he brought about this change of paradigms in statistical science. As an undergraduate, he studied mathematics at Cambridge, and then did graduate work in statistical mechanics and quantum theory. His meager knowledge of statistics came from his study of astronomy; see Box (1978). That, however did not stop him from publishing his first paper in statistics in 1912 (still an undergraduate) on “curve fitting”, questioning Karl Pearson’s method of moments and proposing a new method that was eventually to become the likelihood method in his 1921 paper. END_OF_DOCUMENT_TOKEN_TO_BE_REPLACED

In Recognition of Fisher’s birthday (Feb 17), I reblog his contribution to the “Triad”–an exchange between  Fisher, Neyman and Pearson 20 years after the Fisher-Neyman break-up. The other two are below. They are each very short and are worth your rereading.

The attempt to reinterpret the common tests of significance used in scientific research as though they constituted some kind of  acceptance procedure and led to “decisions” in Wald’s sense, originated in several misapprehensions and has led, apparently, to several more.

The three phrases examined here, with a view to elucidating they fallacies they embody, are:

Mathematicians without personal contact with the Natural Sciences have often been misled by such phrases. The errors to which they lead are not only numerical.

“Note on an Article by Sir Ronald Fisher“

(1) FISHER’S allegation that, contrary to some passages in the introduction and on the cover of the book by Wald, this book does not really deal with experimental design is unfounded. In actual fact, the book is permeated with problems of experimentation.  (2) Without consideration of hypotheses alternative to the one under test and without the study of probabilities of the two kinds, no purely probabilistic theory of tests is possible. END_OF_DOCUMENT_TOKEN_TO_BE_REPLACED

[2012 marked] the 50th anniversary of RA Fisher’s death. It is a good excuse, I think, to draw attention to an aspect of his philosophy of significance testing. In his extremely interesting essay on Fisher, Jimmie Savage drew attention to a problem in Fisher’s approach to testing. In describing Fisher’s aversion to power functions Savage writes, ‘Fisher says that some tests are more sensitive than others, and I cannot help suspecting that that comes to very much the same thing as thinking about the power function.’ (Savage 1976) (P473).

The modern statistician, however, has an advantage here denied to Savage. Savage’s essay was published posthumously in 1976 and the lecture on which it was based was given in Detroit on 29 December 1971 (P441). At that time Fisher’s scientific correspondence did not form part of his available oeuvre but in 1990 Henry Bennett’s magnificent edition of Fisher’s statistical correspondence (Bennett 1990) was published and this throws light on many aspects of Fisher’s thought including on significance tests. END_OF_DOCUMENT_TOKEN_TO_BE_REPLACED 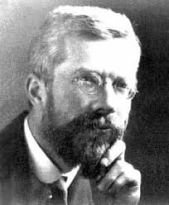 Today is R.A. Fisher’s birthday. I will post some Fisherian items this week in recognition of it*. This paper comes just before the conflicts with Neyman and Pearson erupted.  Fisher links his tests and sufficiency, to the Neyman and Pearson lemma in terms of power.  We may see them as ending up in a similar place while starting from different origins. I quote just the most relevant portions…the full article is linked below. Happy Birthday Fisher!

The property that where a sufficient statistic exists, the likelihood, apart from a factor independent of the parameter to be estimated, is a function only of the parameter and the sufficient statistic, explains the principle result obtained by Neyman and Pearson in discussing the efficacy of tests of significance.  Neyman and Pearson introduce the notion that any chosen test of a hypothesis H0 is more powerful than any other equivalent test, with regard to an alternative hypothesis H1, when it rejects H0 in a set of samples having an assigned aggregate frequency ε when H0 is true, and the greatest possible aggregate frequency when H1 is true. If any group of samples can be found within the region of rejection whose probability of occurrence on the hypothesis H1 is less than that of any other group of samples outside the region, but is not less on the hypothesis H0, then the test can evidently be made more powerful by substituting the one group for the other. END_OF_DOCUMENT_TOKEN_TO_BE_REPLACED

American Phil Assoc Blog: The Stat Crisis of Science: Where are the Philosophers?

This was published today on the American Philosophical Association blog.

“[C]onfusion about the foundations of the subject is responsible, in my opinion, for much of the misuse of the statistics that one meets in fields of application such as medicine, psychology, sociology, economics, and so forth.” (George Barnard 1985, p. 2)

“Relevant clarifications of the nature and roles of statistical evidence in scientific research may well be achieved by bringing to bear in systematic concert the scholarly methods of statisticians, philosophers and historians of science, and substantive scientists…” (Allan Birnbaum 1972, p. 861).

“In the training program for PhD students, the relevant basic principles of philosophy of science, methodology, ethics and statistics that enable the responsible practice of science must be covered.” (p. 57, Committee Investigating fraudulent research practices of social psychologist Diederik Stapel)

I was the lone philosophical observer at a special meeting convened by the American Statistical Association (ASA) in 2015 to construct a non-technical document to guide users of statistical significance tests–one of the most common methods used to distinguish genuine effects from chance variability across a landscape of social, physical and biological sciences.

It was, by the ASA Director’s own description, “historical”, but it was also highly philosophical, and its ramifications are only now being discussed and debated. Today, introspection on statistical methods is rather common due to the “statistical crisis in science”. What is it? In a nutshell: high powered computer methods make it easy to arrive at impressive-looking ‘findings’ that too often disappear when others try to replicate them when hypotheses and data analysis protocols are required to be fixed in advance.

END_OF_DOCUMENT_TOKEN_TO_BE_REPLACED