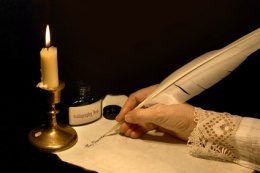 MONTHLY MEMORY LANE: 3 years ago: May 2012. Lots of worthy reading and rereading for your Saturday night memory lane; it was hard to choose just 3.

I mark in red three posts that seem most apt for general background on key issues in this blog* (Posts that are part of a “unit” or a group of “U-Phils” count as one.) This new feature, appearingthe end of each month, began at the blog’s 3-year anniversary in Sept, 2014.

*excluding any that have been recently reblogged.

Today is Allan Birnbaum’s Birthday. Birnbaum’s (1962) classic “On the Foundations of Statistical Inference,” in Breakthroughs in Statistics (volume I 1993), concerns a principle that remains at the heart of today’s controversies in statistics–even if it isn’t obvious at first: the Likelihood Principle (LP) (also called the strong likelihood Principle SLP, to distinguish it from the weak LP [1]). According to the LP/SLP, given the statistical model, the information from the data are fully contained in the likelihood ratio. Thus, properties of the sampling distribution of the test statistic vanish (as I put it in my slides from my last post)! But error probabilities are all properties of the sampling distribution. Thus, embracing the LP (SLP) blocks our error statistician’s direct ways of taking into account “biasing selection effects” (slide #10).

END_OF_DOCUMENT_TOKEN_TO_BE_REPLACED

From our “Philosophy of Statistics” session: APS 2015 convention

“The Philosophy of Statistics: Bayesianism, Frequentism and the Nature of Inference,” at the 2015 American Psychological Society (APS) Annual Convention in NYC, May 23, 2015:

S. Senn: “‘Repligate’: reproducibility in statistical studies. What does it mean and in what sense does it matter?”

A. Gelman: “The statistical crisis in science” (this is not his exact presentation, but he focussed on some of these slides)

Workshop on Replication in the Sciences: Society for Philosophy and Psychology: (2nd part of double header)

2nd part of the double header:

First part of the double header:

The Philosophy of Statistics: Bayesianism, Frequentism and the Nature of Inference, 2015 APS Annual Convention Saturday, May 23  2:00 PM- 3:50 PM in Wilder (Marriott Marquis 1535 B’way)

Abstract: In empirical modeling, an important desideratum for deeming theoretical entities and processes real is that they can be reproducible in a statistical sense. Current day crises regarding replicability in science intertwine with the question of how statistical methods link data to statistical and substantive theories and models. Different answers to this question have important methodological consequences for inference, which are intertwined with a contrast between the ontological commitments of the two types of models. The key to untangling them is the realization that behind every substantive model there is a statistical model that pertains exclusively to the probabilistic assumptions imposed on the data. It is not that the methodology determines whether to be a realist about entities and processes in a substantive field. It is rather that the substantive and statistical models refer to different entities and processes, and therefore call for different criteria of adequacy.

This is the second of two posts on P-values. In the first, The Pathetic P-Value, I considered the relation of P-values to Laplace’s Bayesian formulation of induction, pointing out that that P-values, whilst they had a very different interpretation, were numerically very similar to a type of Bayesian posterior probability. In this one, I consider their relation or lack of it, to Harold Jeffreys’s radically different approach to significance testing. (An excellent account of the development of Jeffreys’s thought is given by Howie(2), which I recommend highly.)

The story starts with Cambridge philosopher CD Broad (1887-1971), who in 1918 pointed to a difficulty with Laplace’s Law of Succession. Broad considers the problem of drawing counters from an urn containing n counters and supposes that all m drawn had been observed to be white. He now considers two very different questions, which have two very different probabilities and writes:

Note that in the case that only one counter remains we have n = m + 1 and the two probabilities are the same. However, if n > m+1 they are not the same and in particular if m is large but n is much larger, the first probability can approach 1 whilst the second remains small.

The practical implication of this just because Bayesian induction implies that a large sequence of successes (and no failures) supports belief that the next trial will be a success, it does not follow that one should believe that all future trials will be so. This distinction is often misunderstood. This is The Economist getting it wrong in September 2000

The canonical example is to imagine that a precocious newborn observes his first sunset, and wonders whether the sun will rise again or not. He assigns equal prior probabilities to both possible outcomes, and represents this by placing one white and one black marble into a bag. The following day, when the sun rises, the child places another white marble in the bag. The probability that a marble plucked randomly from the bag will be white (ie, the child’s degree of belief in future sunrises) has thus gone from a half to two-thirds. After sunrise the next day, the child adds another white marble, and the probability (and thus the degree of belief) goes from two-thirds to three-quarters. And so on. Gradually, the initial belief that the sun is just as likely as not to rise each morning is modified to become a near-certainty that the sun will always rise.

The practical relevance of this is that scientific laws cannot be established by Laplacian induction. Jeffreys (1891-1989) puts it thus

Thus I may have seen 1 in 1000 of the ‘animals with feathers’ in England; on Laplace’s theory the probability of the proposition, ‘all animals with feathers have beaks’, would be about 1/1000. This does not correspond to my state of belief or anybody else’s. (P128)

END_OF_DOCUMENT_TOKEN_TO_BE_REPLACED

Spurious Correlations: Death by getting tangled in bedsheets and the consumption of cheese! (Aris Spanos) 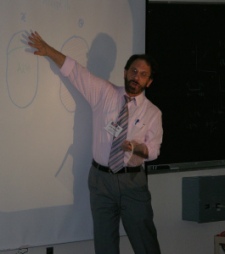 These days, there are so many dubious assertions about alleged correlations between two variables that an entire website: Spurious Correlation (Tyler Vigen) is devoted to exposing (and creating*) them! A classic problem is that the means of variables X and Y may both be trending in the order data are observed, invalidating the assumption that their means are constant. In my initial study with Aris Spanos on misspecification testing, the X and Y means were trending in much the same way I imagine a lot of the examples on this site are––like the one on the number of people who die by becoming tangled in their bedsheets and the per capita consumption of cheese in the U.S.

I asked Aris Spanos to have a look, and it took him no time to identify the main problem. He was good enough to write up a short note which I’ve pasted as slides.

*The site says that the server attempts to generate a new correlation every 60 seconds.