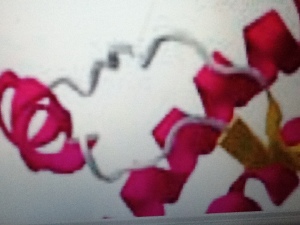 Reformer: You are exaggerating what your data show. In fact, there is a fairly high probability, more than .5, that your study would produce a p = .01 difference, even if the actual increased survival were only 1 month! (That is, the power to reject the null and infer H: increase of 9 months, is more than .5.)

Prionvac: Well, then, the data indicate an increased survival of 2 years.

Reformer: Now that is a more reasonable interpretation of your result!

The “reformer” (rightly) denies that the statistically significant data are evidence for H. But then goes on to accept that the same data are good evidence for J! This makes no sense. (Note that J entails H!)

This is what would be condoned, nay, recommended, if a rejection, at a fixed level (e.g., 01) were taken as better evidence for an increased survival, the greater the power the test has for detecting that increase, were it to exist.

Is it possible that some of the leaders of the New Reform movement are advocating that tests be construed this way? Stay tuned….

[*The null hypothesis might be Ho: no increased survival, or it might be no difference in survival among treated and non-treated mice. I leave this open since the reformers do; but nothing turns on this.]

I welcome constructive comments. If you want to correct or remove a comment, send me an e-mail. If readers have already replied to the comment, you may be asked to replace it to retain comprehension. Cancel reply