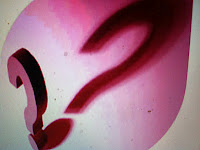 I was reviewing blog comments and various links people have sent me. I have noticed a kind of comment often arises about a type of (subjective?) Bayesian who does not assign probabilities to a general hypothesis H but only to observable events. In this way, it is claimed, one can avoid various criticisms but retain the Bayesian position, label it (A):

(A) the warrant accorded to an uncertain claim is in terms of probability assignments (to events).

But what happens when H’s predictions are repeatedly and impressively born out in a variety of experiments? Either one can say nothing about the warrant for H (having assumed A), or else one seeks a warrant for H other than a probability assignment to  H*.

Take the former. In that case what good is it to have passed many of H’s predictions? We cannot say we have grounds to accept H in some non-probabilistic sense (since that’s been ruled out by (A)). We also cannot say that the impressive successes in the past warrant predicting that future successes are probable because events do not warrant other events. It is only through some general claim or statistical hypothesis that we may deduce predicted probabilities of events.

But cannot someone just claim to hold a principle or rule that whenever many past successes occur, we are allowed to believe or predict further successes are probable? This is much like a rule called enumerative induction R. It’s not a very reliable rule (without qualifications), but suppose the Bayesian described here wanted to hold it. The trouble then is that holding rule R would have to be held with a probability (due to (A)), but rule R is a general hypothesis, not a particular prediction.

Nothing changes if rule R is constrained so that not just any observed successes are taken to predict future successes are probable, but only those successes we would regard as passing H severely. Call it R’. Now R’ is a reliable rule, but again a Bayesian who only assigns probabilities to events cannot claim R’ is warranted, because to do so would require assigning R’ a probability. But R’ is a general claim, not an event.

Therefore, it would seem that one needs a warrant for a general statistical hypothesis H other than a probability assignment to  H*.  Thoughts?

*One example would be an error statistical assessment of the overall test that hypothesis H has passed.