Stephen Senn: Fooling the Patient: an Unethical Use of Placebo? (Phil/Stat/Med) 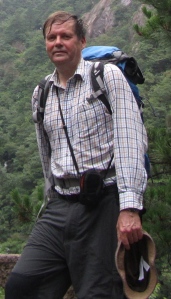 I think the placebo gets a bad press with ethicists. Many do not seem to understand that the only purpose of a placebo as a control in a randomised clinical trial is to permit the trial to be run as double-blind. A common error is to assume that the giving of a placebo implies the withholding of a known effective treatment. In fact many placebo controlled trials are ‘add-on’ trials in which all patients get proven (partially) effective treatment. We can refer to such treatment as standard common background therapy.  In addition, one group gets an unproven experimental treatment and the other a placebo. Used in this way in a randomised clinical trial, the placebo can be a very useful way to increase the precision of our inferences.

A control group helps eliminate many biases: trend effects affecting the patients, local variations in illness, trend effects in assays and regression to the mean. But such biases could be eliminated by having a group given nothing (apart from the standard common background therapy). Only a placebo, however, can allow patients and physicians to be uncertain whether the experimental treatment is being given or not. And ‘blinding’ or ‘masking’ can play a valuable role in eliminating that bias which is due to either expectation of efficacy or fear of side-effects.

However, there is one use of placebo I consider unethical. In many clinical trials a so-called ‘placebo run-in’ is used. That is to say, there is a period after patients are enrolled in the trial and before they are randomised to one of the treatment groups when all of the patients are given a placebo.  The reasons can be to stabilise the patients or to screen out those who are poor compliers before the trial proper begins. Indeed, the FDA encourages this use of placebo and, for example, in a 2008 guideline on developing drugs for Diabetes advises:  ‘In addition, placebo run-in periods in phase 3 studies can help screen out noncompliant subjects’. END_OF_DOCUMENT_TOKEN_TO_BE_REPLACED