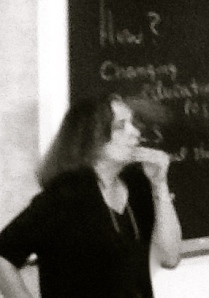 Although the Birnbaum result is of primary importance for sampling theorists, I’m still interested in it because many Bayesian statisticians think that model checking violates the likelihood principle, as if this principle is a fundamental axiom of Bayesian statistics.

But this is puzzling for two reasons. First, if the LP does not preclude testing for assumptions (and he is right that it does not[i]), then why not simply explain that rather than appeal to a disproof of something that actually never precluded model testing?   To take the disproof of the LP as grounds to announce: “So there! Now even Bayesians are free to test their models” would seem only to ingrain the original fallacy.

The second reason it is puzzling is that the LP follows from inference by way of Bayes’s theorem (it’s not a Bayesian axiom but it’s a theorem).

According to Bayes’s theorem, P(x|µ) … constitutes the entire evidence of the experiment, that is, it tells all that the experiment has to tell.  More fully and more precisely, if y is the datum of some other experiment, and if it happens that P(x|µ) and P(y|µ) are proportional functions of µ (that is, constant multiples of each other), then each of the two data x and y have exactly the same thing to say about the values of µ… (Savage 1962, p. 17.)

True, over the past few years, leading developers of “default” Bayesian methods concede that “violation of principles such as the likelihood principle is the price that has to be paid for objectivity” [Berger, 2006, 394][ii], and they might wish to employ the arguments I have sketched invalidating Birnbaum’s “proof”.  They are free to do so, if they are prepared to appeal to sampling distributions (and outcomes other than the one observed) even with data in hand.

[i] The LP always contains a statement to the effect “assuming the model for the experiment is adequate”.  To actually determine its adequacy, a consideration of outcomes other than the one observed is no violation of the LP, (even for those who accept it).

[ii]  Jim Berger: “Because objective Bayesian methods can violate principles such as the likelihood principle, they can be incoherent according to standard definitions of coherence. (p.394).  …Betting incoherency thus seems to be too strong a condition to apply to communication of information (p.395).