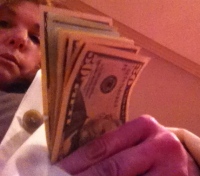 In response to an indication that the FDA might need to loosen conflict-of-interest (COI) rules to get sufficient experts to serve on their advisory panels, a list has been proferred of “industry-free” experts capable of serving with “clean hands”  (See Oct 10 post: Junk Science ) But why not also seek “litigation-free” experts, asks lawyer, Nathan Schachtman on his interesting blog (Dec. 28) The Continuing Saga of Bad-Faith Assertions of Conflicts of Interest:
Conflicts of interest (COI), real or potential, have become a weapon used to silence the manufacturing industry in various scientific debates and discussions.  Other equally “interested” parties, labor unions, advocacy groups, and consultants to the other industry – the litigation industry – have used conflicts and ethical claims to silence the manufacturing industry and to engage in unfettered false scientific speech. The public, unwilling and untrained to look at evidence on the merits, is conditioned to accepting an allegation of COI as the end of the discussion on scientific issues.
Recently, journalist Shannon Brownlee … “Is There an Independent Unbiased Expert in the House” (Aug. 3, 2011)…sent FDA Commissioner Margaret Hamburg a list of allegedly neutral experts who could advise the agency.  Brownlee gave everyone on her list a clean bill of ethical health, and has published the list on multiple occasions, …. What the gullible may not appreciate is that the list fallaciously is based upon only one exclusionary criterion:  having consulted for the pharmaceutical industry.  The list omits other important COI exclusionary criteria, such as having consulted for the litigation industry, or having taken erroneous, unwarranted, and ideologically driven positions on scientific issues.
What litigation industry?  Brownlee may have missed the fact that plaintiffs’ lawyers represent a huge financial interest in obtaining compensation for others, with 40 percent of the proceeds going to themselves.  This litigation industry thrives, even with Dickie Scruggs in prison, and Stanley Chesley in disrepute.
In today’s litigation environment, with aggregation of claims in federal multi-district cases, plaintiffs’ counsel stand to profit in the billions from scientific positions espoused by their expert witnesses.
…..Now some people may claim that the litigation industry consultants, and the anti-industry zealots, take their positions not to please their sponsors, or to pursue lucrative opportunity, but because they fervently believe the positions that they take. But then why not give the pharmaceutical industry consultants the same benefit of the doubt?  Indeed, why not move beyond COI allegations to creating lists of scientists and physicians who have demonstrated proficiency in advancing evidence-based judgments that have withstood the test of time? This anti-industry hypocrisy manifests not only in assertions of conflicts of interest, but also in calls for industry to disclose all underlying data from industry-funded or sponsored studies, while taking a protectionist stance on all other underlying data.
For his full article see his Dec 28 post.

There is indeed a tendency to regard suspicions of industry consultants as altogether justified while downplaying or ignoring possible biases of “anti-industry zealots”.  Schachtman regards this as unfair “anti-industry hypocrisy”, and he may well be correct.  Thoughts?


*BLOG-CROSSING!  I just noticed Schachtman discusses some earlier posts of my blog on his blog today with a post called, “The Will to Ummph“!

5 thoughts on “PhilStatLaw: Bad-Faith Assertions of Conflicts of Interest?*”