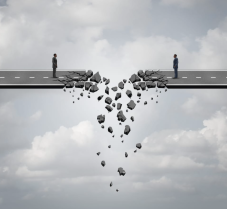 What is the message conveyed when the board of a professional association X appoints a Task Force intended to dispel the supposition that a position advanced by the Executive Director of association X does not reflect the views of association X on a topic that members of X disagree on? What it says to me is that there is a serious break-down of communication amongst the leadership and membership of that association. So while I’m extremely glad that the ASA appointed the Task Force on Statistical Significance and Replicability in 2019, I’m very sorry that the main reason it was needed was to address concerns that an editorial put forward by the ASA Executive Director (and 2 others) “might be mistakenly interpreted as official ASA policy”. The 2021 Statement of the Task Force (Benjamini et al. 2021) explains:

In 2019 the President of the American Statistical Association (ASA) established a task force to address concerns that a 2019 editorial in The American Statistician (an ASA journal) might be mistakenly interpreted as official ASA policy. (The 2019 editorial recommended eliminating the use of “p < 0.05” and “statistically significant” in statistical analysis.) This document is the statement of the task force…

It’s also too bad that the statement was blocked for nearly a year, and wasn’t shared by the ASA. In contrast to the 2019 editorial, the Task Force on Statistical Significance and Replicability writes that “P -values and significance testing, properly applied and interpreted, are important tools that should not be abandoned”. The full statement is in the The Annals of Applied Statistics, and on my blogpost. It is very welcome that leading statisticians rose up to block the attitude that I describe in this post as Les Stats C’est Moi, diminishing the inclusivity of a variety of methodologies and philosophies among ASA members. Where was Nature, Science and other venues when they had their shot at an article: “Scientists Rise Up in Favor of (error statistical) hypothesis Testing”? Nowhere to be found.

An excellent overview is given by Nathan Schachtman on his law blog here:

A Proclamation from the Task Force on Statistical Significance

The American Statistical Association (ASA) has finally spoken up about statistical significance testing.[1] Sort of.

To add to the confusion, in 2019, the ASA Executive Director published an editorial that called for an end to statistical significance testing.[5] Because the editorial lacked disclaimers about whether or not it represented official ASA positions, scientists, statisticians, and lawyers on all sides were fooled into thinking the ASA had gone whole hog.[6] Then ASA President Karen Kafadar stepped into the breach to explain that the Executive Director was not speaking for the ASA.[7]

In November 2019, members of the ASA board of directors (BOD) approved a motion to create a “Task Force on Statistical Significance and Replicability.”[8] Its charge was

The members of the Task Force identified in the motion were:

[T]he Taskforce arrived at its recommendations, but curiously, its report did not find a home in an ASA publication. Instead, the “The ASA President’s Task Force Statement on Statistical Significance and Replicability” has now appeared as an “in press” publication at The Annals of Applied Statistics, where Karen Kafadar is the editor in chief. The report is accompanied by an editorial by Kafadar.

You can read the rest of his post here.

Some links from Schachtman’s blog: