Clark Glymour: The Theory of Search Is the Economics of Discovery (part 1) 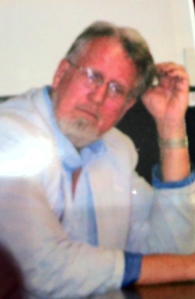 The Theory of Search Is the Economics of Discovery:
Some Thoughts Prompted by Sir David Hendry’s Essay  *
in Rationality, Markets and Morals (RMM) Special Topic:
Statistical Science and Philosophy of Science

Professor Hendry* endorses a distinction between the “context of discovery” and the “context of evaluation” which he attributes to Herschel and to Popper and could as well have attributed also to Reichenbach and to most contemporary methodological commentators in the social sciences. The “context” distinction codes two theses.

2. Of the three possible relations with data that could conceivably warrant a hypothesis—how it was generated, its explanatory connections with the data used to generate it, and its predictions—only the last counts.

Einstein maintained the first but not the second. Popper maintained the first but that nothing warrants a hypothesis.  Hendry seems to maintain neither–he has a method for discovery in econometrics, a search procedure briefly summarized in the second part of his essay, which is not evaluated by forecasts. Methods may be esoteric but they are not mysterious. And yet Hendry endorses the distinction. Let’s consider it.

As a general principle rather than a series of anecdotes, the distinction between discovery and justification or evaluation has never been clear and what has been said in its favor of its implied theses has not made much sense, ever. Let’s start with the father of one of Hendry’s endorsers, William Herschel. William Herschel discovered Uranus, or something. Actually, the discovery of the planet Uranus was a collective effort with, subject to vicissitudes of error and individual opinion, was a rational search strategy. On March 13, 1781, in the course of a sky survey for double stars Hershel reports in his journal the observation of a “nebulous star or perhaps a comet.”  The object came to his notice how it appeared through the telescope, perhaps the appearance of a disc. Herschel changed the magnification of his telescope, and finding that the brightness of the object changed more than the brightness of fixed stars, concluded he had seen a comet or “nebulous star.”  Observations that, on later nights, it had moved eliminated the “nebulous star” alternative and Herschel concluded that he had seen a comet. Why not a planet? Because lots of comets had been hitherto observed—Edmund Halley computed orbits for half a dozen including his eponymous comet—but never a planet.  A comet was much the more likely on frequency grounds. Further, Herschel had made a large error in his estimate of the distance of the body based on parallax values using his micrometer.  A planet could not be so close.