Posts Tagged With: Contexts of Discovery and Justification

Clark Glymour: The Theory of Search Is the Economics of Discovery (part 2) 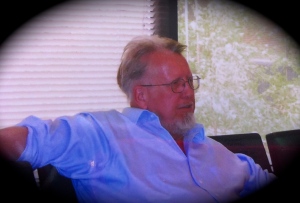 The first thing one wants to know about a search method is what it is searching for, what would count as getting it right. One might want to estimate a probability distribution, or get correct forecasts of some probabilistic function of the distribution (e.g., out-of-sample means), or a causal structure, or some probabilistic function of the distribution resulting from some class of interventions.  Secondly, one wants to know about what decision theorists call a loss function, but less precisely, what is the comparative importance of various errors of measurement, or, in other terms, what makes some approximations better than others. Third, one wants a limiting consistency proof: sufficient conditions for the search to reach the goal in the large sample limit. There are various kinds of consistency—pointwise versus uniform for example—and one wants to know which of those, if any, hold for a search method under what assumptions about the hypothesis space and the sampling distribution. Fourth, one wants to know as much as possible about the behavior of the search method on finite samples. In simple cases of statistical estimation there are analytic results; more often for search methods only simulation results are possible, but if so, one wants them to explore the bounds of failure, not just easy cases. And, of course, one wants a rationale for limiting the search space, as well as, some sense of how wrong the search can be if those limits are violated in various ways.

There are other important economic features of search procedures. Probability distributions (or likelihood functions) can instantiate any number of constraints—vanishing partial correlations for example, or inequalities of correlations. Suppose the hypothesis space delimits some big class of probability distributions. Suppose the search proceeds by testing constraints (the points that follow apply as well if the procedure computes posterior probabilities for particular hypotheses and applies a decision rule.) There is a natural partial ordering of classes of constraints: B is weaker than A if and only if every distribution that satisfies class A satisfies class B.  Other things equal, a weakest class might be preferred because it requires fewer tests.  But more important is what the test of a constraint does in efficiently guiding the search. A test that eliminates a particular hypothesis is not much help. A test that eliminates a big class of hypotheses is a lot of help.

Other factors: the power of the requisite tests; the numbers of tests (or posterior probability assessments) required; the computational requirements of individual tests (or posterior probability assessments.) And so on.  And, finally, search algorithms have varying degrees of generality. For example, there are general algorithms, such as the widely used PC search algorithm for graphical causal models, that are essentially search schema: stick in whatever decision procedure for conditional independence and PC becomes a search procedure using that conditional independence oracle. By contrast, some searches are so embedded in a particular hypothesis space that it is difficult to see the generality.

I am sure I am not qualified to comment on the details of Hendry’s search procedure, and even if I were, for reasons of space his presentation is too compressed for that. Still, I can make some general remarks.  I do not know from his essay the answers to many of the questions pertinent to evaluating a search procedure that I raised above. For example, his success criterion is “congruence” and I have no idea what that is. That is likely my fault, since I have read only one of his books, and that long ago.

David Hendry dismisses “priors,” meaning, I think, Bayesian methods, with an argument from language acquisition. Kids don’t need priors to learn a language. I am not sure of Hendry’s logic.  Particular grammars within a parametric “universal grammar” could in principle be learned by a Bayesian procedure, although I have no reason to think they are. But one way or the other, that has no import for whether Bayesian procedures are the most advantageous for various search problems by any of the criteria I have noted above. Sometimes they may be, sometimes not, there is no uniform answer, in part because computational requirements vary. I could give examples, but space forbids.

Abstractly, one could think there are two possible ways of searching when the set of relationships to be uncovered may form a complex web: start by positing all possible relationships and eliminate from there, or start by positing no relationships and build up.  Hendry dismisses the latter, with what generality I do not know. What I do know is that the relations between “bottom-up” and “top-down” or “forward” and “backward” search can be intricate, and in some cases one may need both for consistency.  Sometimes either will do. Graphical models, for example can be searched starting with the assumption that every variable influences every other and eliminating, or starting with the assumption that no variable influences any other and adding.  There are pointwise consistent searches in both directions. The real difference is in complexity.

END_OF_DOCUMENT_TOKEN_TO_BE_REPLACED

Clark Glymour: The Theory of Search Is the Economics of Discovery (part 1)

The Theory of Search Is the Economics of Discovery:
Some Thoughts Prompted by Sir David Hendry’s Essay  *
in Rationality, Markets and Morals (RMM) Special Topic:
Statistical Science and Philosophy of Science

Professor Hendry* endorses a distinction between the “context of discovery” and the “context of evaluation” which he attributes to Herschel and to Popper and could as well have attributed also to Reichenbach and to most contemporary methodological commentators in the social sciences. The “context” distinction codes two theses.

2. Of the three possible relations with data that could conceivably warrant a hypothesis—how it was generated, its explanatory connections with the data used to generate it, and its predictions—only the last counts.

Einstein maintained the first but not the second. Popper maintained the first but that nothing warrants a hypothesis.  Hendry seems to maintain neither–he has a method for discovery in econometrics, a search procedure briefly summarized in the second part of his essay, which is not evaluated by forecasts. Methods may be esoteric but they are not mysterious. And yet Hendry endorses the distinction. Let’s consider it.

As a general principle rather than a series of anecdotes, the distinction between discovery and justification or evaluation has never been clear and what has been said in its favor of its implied theses has not made much sense, ever. Let’s start with the father of one of Hendry’s endorsers, William Herschel. William Herschel discovered Uranus, or something. Actually, the discovery of the planet Uranus was a collective effort with, subject to vicissitudes of error and individual opinion, was a rational search strategy. On March 13, 1781, in the course of a sky survey for double stars Hershel reports in his journal the observation of a “nebulous star or perhaps a comet.”  The object came to his notice how it appeared through the telescope, perhaps the appearance of a disc. Herschel changed the magnification of his telescope, and finding that the brightness of the object changed more than the brightness of fixed stars, concluded he had seen a comet or “nebulous star.”  Observations that, on later nights, it had moved eliminated the “nebulous star” alternative and Herschel concluded that he had seen a comet. Why not a planet? Because lots of comets had been hitherto observed—Edmund Halley computed orbits for half a dozen including his eponymous comet—but never a planet.  A comet was much the more likely on frequency grounds. Further, Herschel had made a large error in his estimate of the distance of the body based on parallax values using his micrometer.  A planet could not be so close.