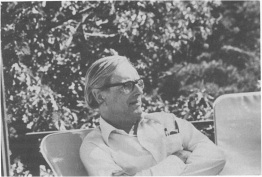 With continued acknowledgement of Barnard’s birthday on Friday, Sept.23, I reblog an exchange on catchall probabilities from the “The Savage Forum” (pp 79-84 Savage, 1962) with some new remarks.[i]

BARNARD:…Professor Savage, as I understand him, said earlier that a difference between likelihoods and probabilities was that probabilities would normalize because they integrate to one, whereas likelihoods will not. Now probabilities integrate to one only if all possibilities are taken into account. This requires in its application to the probability of hypotheses that we should be in a position to enumerate all possible hypotheses which might explain a given set of data. Now I think it is just not true that we ever can enumerate all possible hypotheses. … If this is so we ought to allow that in addition to the hypotheses that we really consider we should allow something that we had not thought of yet, and of course as soon as we do this we lose the normalizing factor of the probability, and from that point of view probability has no advantage over likelihood. This is my general point, that I think while I agree with a lot of the technical points, I would prefer that this is talked about in terms of likelihood rather than probability. I should like to ask what Professor Savage thinks about that, whether he thinks that the necessity to enumerate hypotheses exhaustively, is important.

On the more general aspect of the enumeration of all possible hypotheses, I certainly agree that the danger of losing serendipity by binding oneself to an over-rigid model is one against which we cannot be too alert. We must not pretend to have enumerated all the hypotheses in some simple and artificial enumeration that actually excludes some of them. The list can however be completed, as I have said, by adding a general ‘something else’ hypothesis, and this will be quite workable, provided you can tell yourself in good faith that ‘something else’ is rather improbable. The ‘something else’ hypothesis does not seem to make it any more meaningful to use likelihood for probability than to use volts for amperes.

BARNARD: Professor Savage says in effect, ‘add at the bottom of list H1, H2,…”something else”’. But what is the probability that a penny comes up heads given the hypothesis ‘something else’. We do not know. What one requires for this purpose is not just that there should be some hypotheses, but that they should enable you to compute probabilities for the data, and that requires very well defined hypotheses. For the purpose of applications, I do not think it is enough to consider only the conditional posterior distributions mentioned by Professor Savage.

LINDLEY: I am surprised at what seems to me an obvious red herring that Professor Barnard has drawn across the discussion of hypotheses. I would have thought that when one says this posterior distribution is such and such, all it means is that among the hypotheses that have been suggested the relevant probabilities are such and such; conditionally on the fact that there is nothing new, here is the posterior distribution. If somebody comes along tomorrow with a brilliant new hypothesis, well of course we bring it in.

BARTLETT: But you would be inconsistent because your prior probability would be zero one day and non-zero another.

LINDLEY: No, it is not zero. My prior probability for other hypotheses may be ε. All I am saying is that conditionally on the other 1 – ε, the distribution is as it is.

BARNARD: Yes, but your normalization factor is now determined by ε. Of course ε may be anything up to 1. Choice of letter has an emotional significance.

LINDLEY: I do not care what it is as long as it is not one.

BARNARD: In that event two things happen. One is that the normalization has gone west, and hence also this alleged advantage over likelihood. Secondly, you are not in a position to say that the posterior probability which you attach to an hypothesis from an experiment with these unspecified alternatives is in any way comparable with another probability attached to another hypothesis from another experiment with another set of possibly unspecified alternatives. This is the difficulty over likelihood. Likelihood in one class of experiments may not be comparable to likelihood from another class of experiments, because of differences of metric and all sorts of other differences. But I think that you are in exactly the same difficulty with conditional probabilities just because they are conditional on your having thought of a certain set of alternatives. It is not rational in other words. Suppose I come out with a probability of a third that the penny is unbiased, having considered a certain set of alternatives. Now I do another experiment on another penny and I come out of that case with the probability one third that it is unbiased, having considered yet another set of alternatives. There is no reason why I should agree or disagree in my final action or inference in the two cases. I can do one thing in one case and other in another, because they represent conditional probabilities leaving aside possibly different events.

LINDLEY: All probabilities are conditional.

LINDLEY: If there are only conditional ones, what is the point at issue?

PROFESSOR E.S. PEARSON: I suggest that you start by knowing perfectly well that they are conditional and when you come to the answer you forget about it.

BARNARD: The difficulty is that you are suggesting the use of probability for inference, and this makes us able to compare different sets of evidence. Now you can only compare probabilities on different sets of evidence if those probabilities are conditional on the same set of assumptions. If they are not conditional on the same set of assumptions they are not necessarily in any way comparable.

BARNARD: Only if you knew that the condition was true, but you do not.

BARNARD: You can make a conditional bet, but that is not what we are aiming at.

WINSTEN: You are making a cross comparison where you do not really want to, if you have got different sets of initial experiments. One does not want to be driven into a situation where one has to say that everything with a probability of a third has an equal degree of credence. I think this is what Professor Barnard has really said.

[i]Anyone who thinks we really want a Bayesian probability assignment to a hypothesis must come to grips with the fact that it depends on having a catchall factor-of all possible hypotheses that could explain the data-and the probability of data given “something else”.  Barnard is telling Savage this is unrealistic and when something new enters, the original probability assessments are wrong. In their attempts  to get the “catchall factor” to disappear, most probabilists appeal to comparative assessments–likelihood ratios or Bayes’ factors. So, Barnard was saying, back then, there’s no advantage to likelihoods. Several key problems remain: (i) the appraisal is always relative to the choice of alternative, and this allows “favoring” one or the other hypothesis, without being able to say there is evidence for either; (ii) although the hypotheses are not exhaustive, many give priors to the null and alternative that sum to 1 (iii) the ratios do not have the same evidential meaning in different cases (what’s high? 10, 50, 800?), and (iv) there’s a lack of control of the probability of misleading interpretations, except with predesignated point against point hypotheses or special cases (this is why Barnard later rejected the Likelihoodism). You can read the rest of pages 78-103 of the Savage Forum here. This exchange was first blogged here. Share your comments.

Savage, L. (1962), “Discussion”, in The Foundations of Statistical Inference: A Discussion, (G. A. Barnard and D. R. Cox eds.), London: Methuen, 76.
Links to a scan of the entire Savage forum may be found here.

6 thoughts on “G.A. Barnard: The “catch-all” factor: probability vs likelihood”