Big Data Is The New Phrenology? 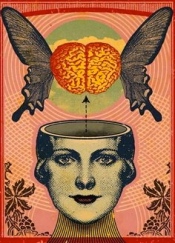 It happens I’ve been reading a lot lately about the assumption in social psychology and psychology in general that what they’re studying is measurable, quantifiable. Addressing the problem has been shelved to the back burner for decades thanks to some redefinitions of what it is to “measure” in psych (anything for which there’s a rule to pop out a number says Stevens–an operationalist in the naive positivist spirit). This at any rate is what I’m reading, thanks to papers sent by a colleague of Meehl’s (N. Waller).  (Here’s one by Mitchell.) I think it’s time to reopen the question.The measures I see of “severity of moral judgment”, “degree of self-esteem” and much else in psychology appear to fall into this behavior in a very non-self critical manner. No statistical window-dressing (nor banning of statistical inference) can help them become more scientific. So when I saw this on Math Babe’s twitter I decided to try the “reblog” function and see what happened. Here it is (with her F word included). The article to which she alludes is “Recruiting Better Talent Through Brain Games” )

Have you ever heard of phrenology? It was, once upon a time, the “science” of measuring someone’s skull to understand their intellectual capabilities.

This sounds totally idiotic but was a huge fucking deal in the mid-1800’s, and really didn’t stop getting some credit until much later. I know that because I happen to own the 1911 edition of the Encyclopedia Britannica, which was written by the top scholars of the time but is now horribly and fascinatingly outdated.

For example, the entry for “Negro” is famously racist. Wikipedia has an excerpt: “Mentally the negro is inferior to the white… the arrest or even deterioration of mental development [after adolescence] is no doubt very largely due to the fact that after puberty sexual matters take the first place in the negro’s life and thoughts.”

But really that one line doesn’t tell the whole story. Here’s the whole thing…

Msc. Kvetch: What does it mean for a battle to be “lost by the media”?

1.  What does it mean for a debate to be “media driven” or a battle to be “lost by the media”? In my last post, I noted that until a few weeks ago, I’d never heard of a “power morcellator.” Nor had I heard of the AAGL–The American Association of Gynecologic Laparoscopists. In an article “Battle over morcellation lost ‘in the media’”(Nov 26, 2014) Susan London reports on a recent meeting of the AAGL[i]

The media played a major role in determining the fate of uterine morcellation, suggested a study reported at a meeting sponsored by AAGL.

“How did we lose this battle of uterine morcellation? We lost it in the media,” asserted lead investigator Dr. Adrian C. Balica, director of the minimally invasive gynecologic surgery program at the Robert Wood Johnson Medical School in New Brunswick, N.J.

Results showed that the average monthly number of Google searches for the term ‘morcellation’ held steady throughout most of 2013 at about 250 per month, reported Dr. Balica. There was, however, a sharp uptick in December 2013 to more than 2,000 per month, and the number continued to rise to a peak of about 18,000 per month in July 2014. A similar pattern was seen for the terms ‘morcellator,’ ‘fibroids in uterus,’ and ‘morcellation of uterine fibroid.’

The “vitals” of the study are summarized at the start of the article:

Data source: An analysis of Google searches for terms related to the power morcellator debate.

Disclosures: Dr. Balica disclosed that he had no relevant conflicts of interest.

2. Here’s my question: Does a high correlation between Google searches and debate-related terms signify that the debate is “media driven”? I suppose you could call it that, but Dr. Balica is clearly suggesting that something not quite kosher, or not fully factual was responsible for losing “this battle of uterine morcellation”, downplaying the substantial data and real events that drove people (like me) to search the terms upon hearing the FDA announcement in November. END_OF_DOCUMENT_TOKEN_TO_BE_REPLACED

Msc Kvetch: A question on the Martin-Zimmerman case we do not hear

This is off topic, but a question I don’t hear people ask in regard to the Zimmerman case is: why didn’t any of the several people hearing screams intervene to stop the brawl? Never mind who was screaming, no one felt an obligation to intervene. Eye-witness John Good came out and said something like “stop” but then immediately ran back inside. Others could be heard saying, “don’t go out there”. I don’t say they should have joined the fight, but if a few people had gone outside and screamed or blew a whistle it probably would have been effective.

(I’ve been in such situations twice.)

See new rejected post.(You may comment here or on the Rejected Posts blog)